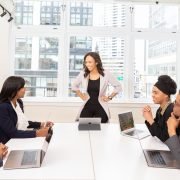 As a project manager, one of the many challenges we face is working with and seeking support from the project sponsor.

Before the project starts, the project sponsor should be clear on the work to be done, the benefits being sought for that work and the cost and risks associated with delivering the benefits. These may seem obvious but from my experience they are bound together by enforcing the “why” or “raison d’être” of the project. Why is the project being delivered in the first place?

Absence of a project sponsor
From experience it is common practice for large organizations to run multiple large projects and programmes concurrently. They often draw on the same pool of resources. Among those resources are the project sponsors. It is not uncommon for one person to be a sponsor for multiple projects on behalf of the business. This is not an impossible or difficult scenario to manage once the priorities are clear from the business. For the individual project managers, this can be a challenge. If the sponsor has limited availability, key risks or asks for the business may not be communicated in advance of an issue becoming real.

The project is being delivered to either solve the current business problem or to deliver a specific value of benefits for the future state of the business. Therefore if the sponsor has been assigned to the project the sponsor should support the project and hold the project manager and project team accountable. This sounds simple, but it is often not the case.

As multiple projects reach high levels of activity, the priorities become difficult to manage for any organization. The project manager needs to shout loud enough to have their concerns voiced. Any risks need to be made visible to the main project stakeholders.

Depending on the individual you are dealing with, the response can vary.If the question is posed in a subtle, professional manner there should be no issue. If the project in question is business critical, then the success of the project should be included as part of the goals and objectives of the senior leadership team. (Tread carefully here)

What often follows in large multinational organisations today is that once the project has been pre-approved, set up and kicked off, the project sponsors tend to disappear. Their only interaction with the project manager is to have a brief discussion once a week on general project status.

Manage your sponsor
Meeting actions and minutes should be followed up swiftly and used to hold all parties accountable. If there is a pattern of cancelling meetings then it is your duty as the project manager to call a separate meeting with the project sponsor. Always come prepared. Professional people have no problem with accountability and ownership of tasks and commitments no matter what level they are at.

Be honest
If you hit a major crisis on the project or a major unforeseen event you must get this message to the main stakeholders at the earliest opportunity. Frame the issues in clear, concise language to minimise spreading panic. The project sponsor will want to know a few basic pieces of information such as:
Basic description of the issue or problem
The impact of the problem – based on Schedule, Budget and Risk
If relevant, the cause of the issue
Options going forward 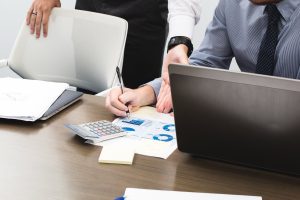 Frame all potential crises in a simple form. A single slide or one page (A3 is a good method for this) will give the project sponsor the overview.When you are sure there is a crisis coming down the line, communicate the issue well in advance of the risk becoming a problem. This will give everyone involved time to absorb the knowledge before being put in a position where a decision is needed swiftly.
Openness, transparency and frank discussions are always effective for building relationships.

Play it by the book
All organizations have their own specific procedures for project management. These procedures will contain role descriptions. I recommend that you familiarize yourself with the roles and responsibilities for both the project manager and the project sponsor. Ensure that you frame your tasks and meetings around this framework.

If you are asked to do something that you perceive to be off-piste in terms of the roles and responsibilities, seek clarification from the project sponsor. If anything, this will communicate to them that you are following procedures and you are aware of your responsibilities.

If you are struggling to come to terms with repetitive project issues and you need some advice or support, contact us by email: projects@systeme.ie with some background on your specific issue and we’ll be in touch.

Essential Advice for a Project Manager