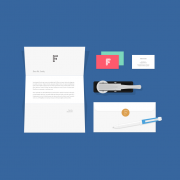 Some years ago I was working with a client that was constantly working to improve their processes in particular in relation to project delivery.

A substantial effort was undertaken at the end of each project to do a review of the project in terms of what went well, what did not go well, what can be improved upon, what should be continued and what should be stopped.

This is an effective process of it is followed in earnest and the learnings are implemented on subsequent projects. I did a review of previous projects and each one of them had run a “Lessons Learned” workshop at the end of the project.

What was the issue?

The problem was that the report was filed away safely ……….and unfortunately was not being reviewed or utilised by subsequent projects.

This was compounded by the fact that the same recurring issues were being experienced on new projects when the knowledge to avoid a recurrence of the issues was in their hands prior to the commencement of each project. The recurring issues resulted in increased time and costs and in some cases this was substantial.

We then ran a workshop using the results of the “Lessons Learned” workshops for a broad range of projects. The recurrence of the same issues over consecutive projects was disappointing at best and frustrating at worst.

The leadership team in the organization were eager to understand how the outputs of the workshops were ignored and never utilised. The reasons were myriad – cultural, personal, managerial, procedural. This didn’t matter at this stage as the ship had sailed for the opportunity for many projects to benefit from previous learnings.

We then performed a gap analysis of the current project set up and operating procedures against each of the learnings. The gaps were obvious and as was the next course of action.

Procedures and associated training modules were updated to reflect the learnings. A simple check to review the lessons learned database for relevance to the new project prior to commencement.

Another change that was made was to run a lessons learned workshop at strategic points throughout the project to ensure that the current project could benefit from its own learnings.

What is the status now?

A couple of years after the changes were introduced, the current results are extremely positive and the mid project review workshops are becoming part of the fabric of project delivery. These are the responsibility of the project managers to deliver and report back on.

Regular audits are performed on the projects to ensure that the workshops take place but also that previous learnings are taken into account at the beginning of each project.

This was an example of how a couple of simple changes implemented had a lasting effect on future project efficiency. These procedures are now the norm and are an integral part of project delivery at this organization.

If you are struggling to come to terms with repetitive project issues and you need some advice or support, contact us by email: info@systeme.ie with some background on your particular issue and we’ll be in touch.