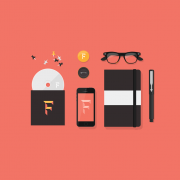 There appears to be an increasing reluctance for management to engage in the difficult or challenging conversations. Recently a client of mine called me looking for support in managing a difficult employee. The difficult employee happened to be an Operations Manager with a responsibility for running a department and training new staff.

My client first started to notice issues when he witnessed how the Operations Manager was treating people in general. He noted a couple of these events before he decided to speak to the person in Question. He arranged a meeting and spoke about what he had witnessed. The feedback did not go down too well and resulted in quite a heated discussion.

He let it rest for a while and then arranged another meeting to discuss the matter once more and bring the issue to an end. This time the meeting blew up and allegations of harassment were made. Knowing my client as well as I do I would have thought that this would be that last thing he would accused of in a professional environment.

To calm the situation, he decided to let it lie in the hope the issue would not resurface. The operations manager appeared calm and collected and wok continued in the expected way. A couple of weeks later one of the engineers in the office asked to speak with my client (The Business Owner). They went out for lunch and the engineer expressed concerns over some behaviours he had witnessed.

The week after that, a long established customer of the business than approached the client with some negative feedback on the Operations Manager. This time my client had a more urgent reason to act. It is one thing tolerating disharmony in within your own operation but when a client customer is brought into it, you need to act.

My client again met with the Operations Manager to discuss the customer feedback and this time the meeting descended into a finger pointing exercise with accusations of harassment being levelled at my client (the business owner).

He then called me for advice, explained the situation and asked if I could come in to help. After thinking long and hard about this one, I devised a plan to bring to the business to offer help and resolve the situation.

The Plan to Manage Performance

Instead of jumping in head first to tackle a difficult person the plan entailed a look at the business in general to see where savings could be made by making processes more efficient. The company were already on a lean Six Sigma drive so this approach fell in with the company strategy.

I arrived on site to introduce myself as a Project Manager and Management consultant. The purpose of my visit was to plan and run a couple of workshops aimed at two of the main business processes. Once the changes required for operational improvement were identified, I would support the team in putting a plan together to implement the changes, then monitor the progress weekly until the work was complete.

The Workshop to Tease Out the True Scenario

We agreed on a date and the workshop commenced. In typical fashion we looked at people, process systems and environment. I encouraged the team to be open an honest with each other. It became clear early on that change was not a welcome visitor in the world of the Operations Manager. At one point the person made that statement that “People just need to Listen and do their job, then there would be no need for this workshop.”

I immediately called a coffee break and asked the Operations Manager for a word in private. I basically made it clear that as a manager the role is to encourage feedback and openness in the team so that the real issues can be identified. A Manager making such a statement was likely to stifle any progress in the workshop as this was an indication that there would be no changes. The Operations Manager completely lost it with me and I let him vent.
Once the tirade was complete – I responded by saying this behaviour was not professional and he blew up again stating that he did not have to put up with this “Crap”.

He called the boss into the room and we explained the scenario. This time my client (the business owner) was prepared. He stated that the company objectives for this year were only possible if process improvements were in this department. The fact that a manager was not going to drive the change and was completely against them was not a tenable position.

We gave the Operations Manager an opportunity to restate their commitment to the process which he reluctantly did. The workshop continued and the day was a success.

In the coming weeks it was performance review time and I was asked to support the performance review process. Within the review of the operations manager it could be seen that many operational objectives were met. So the “What “ was fine. When it came to the “How” it was delivered – it was clear that the methods of personal interaction adopted were negative to the point of being toxic.

The organization offered the individual support to understand how he could improve in these areas and I was put forward as the management coach. We ran through a few sessions but it was clear that the individual was not going to engage in earnest. We were then forced down the road of the disciplinary process within the organization. 1 week after the first meeting the Operations Manager resigned stating that the environment in the office was becoming increasingly difficult in which to work.

When we look at all the scenarios although this outcome was not the original objective it did serve as a turning point for the organization. The individual was not aligned with the company objectives, not living company values and was extremely disrespectful to anyone with whom they disagreed.

The behaviours were not challenged and therefore continued. My client admitted that he was uncomfortable having that difficult conversation with the Operations Manager. Looking at the situation in retrospect he hadn’t been monitoring performance of the individual against the goals and objectives set out at the start of the year. This also did not help as the Operations Manager was not being held accountable.

The overall cost of not making people accountable for performance and delivery is huge and the financial cost is often the smallest part. Company culture can suffer if hardworking honest e employees see less committed employees being rewarded regardless of behaviours.

Make sure your employee performance goals are directly aligned with and in support of your business objectives
Make everybody accountable for what they do and deliver and place as much emphasis on how they did it.
Don’t be afraid to have the difficult conversation early on if someone is beginning to steer off track. You can only do this by staying engaged with your team, talk to people regularly. Get a number of perspectives before forming a point of view.
Above all – remind the team that they are all here to support the running of the business, if they all pull together as a team, support each other and understand they will be held accountable for delivery and how they treat each other, this can only serve to be positive for all involved.

The Challenging Ones and How to Manage Them
Scroll to top